The Metro Carriage’s Footprint
We discussed to move the Metro closer to the footpath and a bit further along towards the Station where the grassy bit is wider, so that there is enough space in front and behind the metro to put up outdoor seating. This also avoids it being blocked by parking cars and makes it more visible from the running Metro.
There are young trees planted next to the station exit, but the carriage wouldn’t reach that far. We discussed that it would be a good idea to remove the blue fence that’s behind the carriage and reuse it at the two short ends of the carriage to create a protected space behind the carriage and a direct access into the garden. There is vegetation but it could be largely left as it is and only an archway leads into the garden. Then there is a seating area in front of the train that is open access 24/7, possibly protected by some fabric roof shielding from sun and rain. To what extent any noise from here potentially disrupts the neighbours facing the green space and the carriage needs to be evaluated. We will also need a bin here to avoid more littering.
We also discussed the walkway to get from one room to the next. With the carriage being rather narrow (2.7m), we could use two thirds of the train to be in, while one third would be needed for a wheelchair accessible corridor. Alternatively, we could have a semi-covered walkway along the outside of the train to access the different rooms so we can make full use of the width of the carriage. 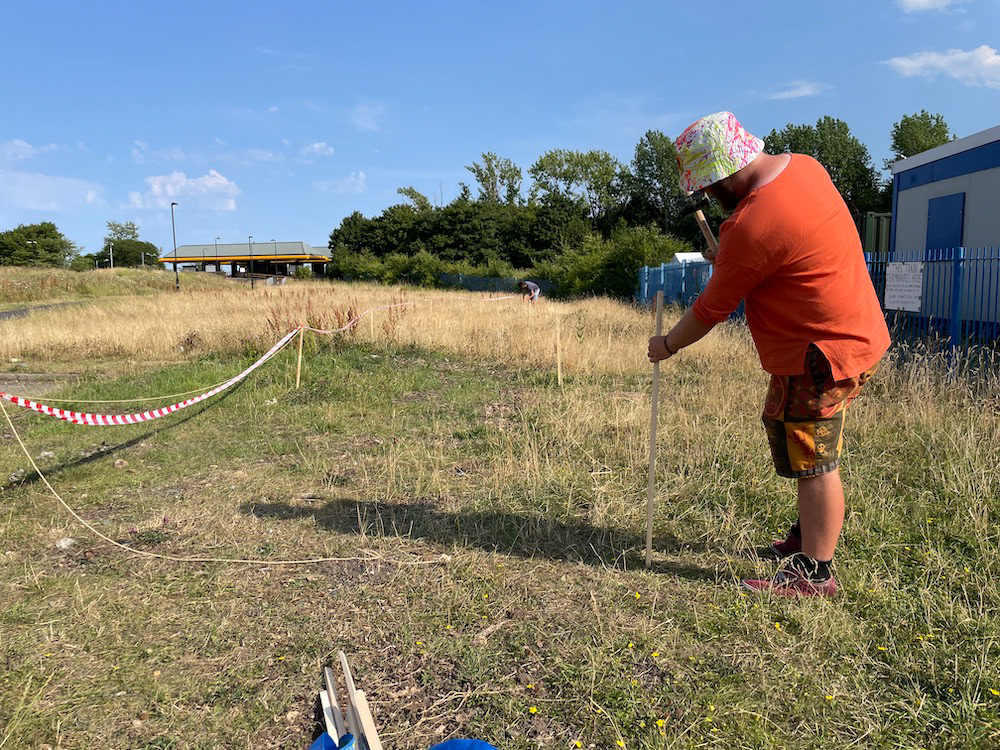 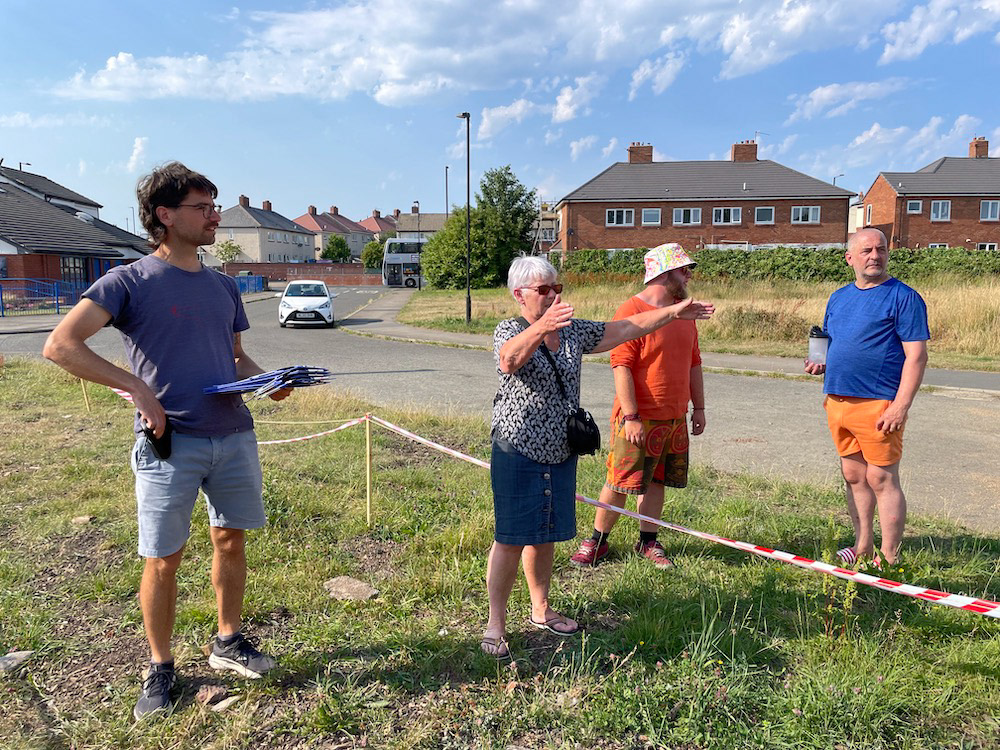 Proposed location of the Metro carriage

Next Steps
• Henry and Sebastian will update the scenarios as we discussed them.
• They will also make a front cover that explains that we want to put a train outside of MWC, that these are some of our ideas here are some of our ideas what to do with it and invite people for their opinion.
• They will also compact the three surveys into one.
• We will then put it out to various groups at the three community centres and as an online version.
There is the MWC summer fair coming up on the 13th of August. We discussed putting up a cardboard or giant cling film to create mock-up carriage. We can get a street artist who shows people how to spray paint their ideas onto it or illustrates people’s ideas.
• Henry won’t be here on the 13th but he can help beforehand.
• Liz won’t be here, and TJ is working anyway. Austin can be there to help.
• Henry knows a local graffiti artist called Mol and will ask him.
• TJ also knows an artist from Durham called Lewis
• Sebastian is in touch with the YOT spray-painting group at Phoenix and will ask the teacher

A Mock Metro Train for Spray Painting!
↑Back to Top